The Second Pathway: Surviving the Intolerable

The Second Pathway: Surviving the Intolerable 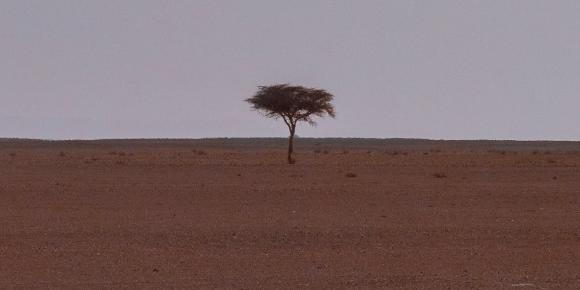 Photo by Dominik Mecko on Unsplash

Editor's Note: This article discusses reactions to trauma and may be triggering for some readers. It also contains spoilers for the book  The Kite Runner by Khaled Housseni.

“It would have been erroneous to say Sohrab was quiet. Quiet is peace. Tranquility. Quiet is turning down the VOLUME knob on life. Silence is pushing the OFF button. Shutting it down. All of it."

Khaled Housseni's The Kite Runner, tells a fictional story about Afghan characters from 1963 until 2001. Many of the characters experience trauma, but the description of one character in particular illustrates how repeated traumas can lead to deep dissociative hypoarousal.

Sorhab comes from a Hazara family, a persecuted group in Afghanistan. In addition to collective trauma, Sorhab suffers much personal trauma. After the Taliban murders his parents, he is sent to live in an orphanage. From there, he is taken to live with a Talib official, Assef, who sexually abuses, humiliates him and exposes him to violence. When another character, Amir, does not follow through with his promise to adopt him, Sorhab attempts suicide. By the time Amir finally does bring Sorhab to the United States, Sorhab exhibits profound dissociative hypoarousal. Housseini describes Sorhab’s heartbreaking collapse into silence:

"Sohrab’s silence wasn’t the self-imposed silence of those with convictions, of protesters who seek to speak their cause by not speaking at all. It was the silence of one who has taken cover in a dark place, curled up all the edges and tucked them under.

He didn’t so much live with us as occupy space. And precious little of it. Sometimes, at the market, or in the park, I’d notice how other people hardly seemed to even see him, like he wasn’t there at all. I’d look up from a book and realize that Sohrab had entered the room, had sat across from me, and I hadn’t noticed. He walked like he was afraid to leave behind footprints. He moved as if not to stir the air around him” (Chapter 25)"

Housseini’s description makes it sound as though Amir and his wife are living with a ghost. Sohrab, robbed of his innocence and his childhood, moves through life like a specter, as though already dead. He has sunk so deeply into dissociative hypoarousal, into a “death feigning” response, others barely even notice him.

As with the “parts” models I’ve already described, the second pathway assumes that dissociative hypoarousal is a response that ensures our physical and emotional survival. Peter Levine recognizes that hypoarousal may occur at the time of trauma to protect us. Altered states of consciousness, such as the subjective experience of watching oneself being assaulted, are thought to result from biological hypoarousal during trauma events (Lanius, 2014) . People also objectively describe feeling paralyzed or numb in these moments. People who experience hypoarousal during trauma are more likely to experience hypoarousal in response to future traumas and reminders of trauma. (Levine, 1997)

1.) Many predators won't eat an immobilized animal unless very hungry.

2.) Many predators rely on prey movement to detect its presence.

3.) Collapsing may distract a predator, allowing other animals in a herd to escape.

4.) Immobilization involves the release of our bodies’ natural pain killers to help ease the pain of death if it occurs.

We use hypoarousal when we have exhausted other survival options. If humans can move from immobility to mobilization, they discharge energy and will likely not develop posttraumatic stress symptoms. Unlike animals, however, humans struggle to move out of  immobility. We doubt our own ability to tolerate the trauma we experienced. Rather than face what feels intolerable, our impulse often is instead to avoid and block out the trauma. We hope we can simply move on and put it behind us. The problem is, trauma does not simply go away because we try not to think about it. Instead, it lives on in our bodies (Levine, 1997, 2010; van der Kolk, 2014).

Not everyone who has a traumatic experience goes on to develop posttraumatic stress symptoms. For those who do, emotions following the trauma keep us locked in cycles. We fear the overwhelming emotions that memories of trauma, and so avoid releasing them. Instead, we become afraid of what lies hidden within ourselves. Without a release of trauma energy, our nervous system moves deeper into the immobilization response. A survivor increasingly feels shut down. Eventually, they may seem “dead inside." Like Sorhab, they move into a state of collapse.

Trauma survivors are often asked, or ask themselves, why they cannot “just get over it” and “leave the past in the past.” The answer is, their biology does not let them. As a result, a number of trauma therapies look past the cognitive understanding of trauma to address the body's response. I hope to discuss some of these therapies in the future. But for now, I describe the Third Pathway, attachment trauma.