The First Pathway: Fragments of The Self

The First Pathway: Fragments of The Self 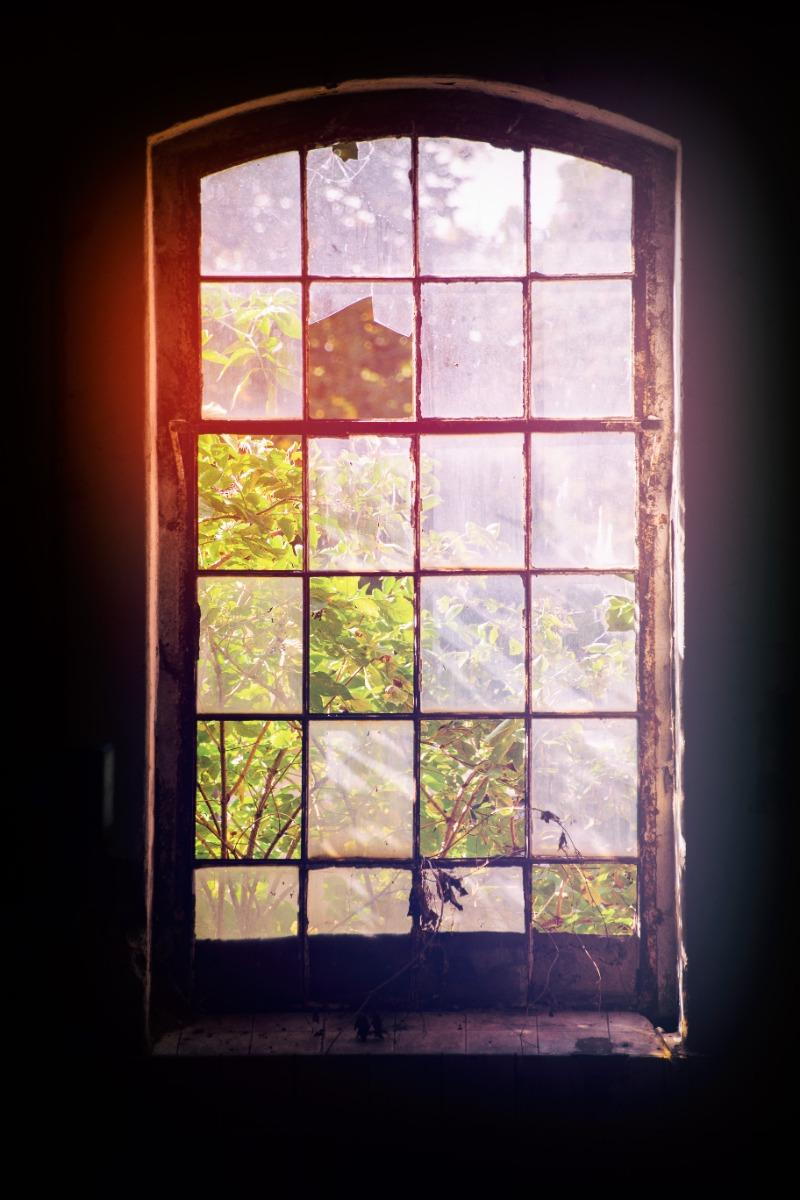 Photo by Denny Müller on Unsplash

Editor's Note: This article discusses reactions to trauma and may be triggering for some readers. It also contains spoilers for the book and film The Perks of Being a Wallflower by Stephen Chbosky.

Charlie, a high school boy, walks home from a friend's house. As memories flash through his mind, he splits into many parts. Soon many Charlies walk down the street together. As they walk, some of the boys become younger versions of Charlie. He reaches his home, and sees a kitchen knife. He blacks out.

This powerful sequence from the film, The Perks of Being A Wallflower, provides a stunning visual for dissociation -- the splitting of the self into parts that happens due to trauma. When a survivor feels overwhelmed by trauma memories, different parts, previously hidden, reveal themselves. Each of the "Charlies" walking home represents a part of the whole Charlie.  Each traumatic event from Charlie's past caused fragmentation. One fragment formed when his friend comitted suicide, one with the death of his aunt, others when he witnessed sexual and physical abuse and one when he, himself experienced sexual abuse.

Sexual abuse overwhelms a child and leads to a splitting off of the self to protect against the pain of the experience. In his work with trauma, Bessel van Der Kolk noticed that children who survived sexual abuse drew pictures with a common theme. They drew themselves with floating heads or placed themselves floating in a corner of the room, watching the abuse (van der Kolk, 2014). Their bodies were not safe, so they used alterations of consciousness to leave their bodies. These images provide a harrowing depiction of the splitting of the self that occurs for many children.

Charlie's story provides an example of someone with early, repeated trauma.  The following excerpt offers a picture of Charlie's dissociative hypoarousal.

" I put the book down and went to the window. I stared at my reflection and the trees behind it for a long time. Not thinking anything. Not feeling anything. Not hearing the record. For hours. Something is really wrong with me. And I don't know what it is." (p.137)

This passage illustrates the way it feels to be fragmented - alienated from himself (Fisher, 2017). In terms of the Structural Dissociation Theory of Personality, Charlie's trauma split him into a hypoaroused Apparently Normal Personality (ANP) and at least two Emotional Personalities (EP's). One of his Emotional Personalities appears when he blacks out and violentally defends Patrick from a lunchroom beating. The other emerges in another blackout after he remembers early sexual abuse.

Charlie doesn't appear to be very aware of the trauma parts (EP's) underneath his withdrawn, shut-down persona until much later in the story. Why do trauma parts often remain hidden? Van der Hart et al. (2006) believe that trauma parts split with much more rigidity than other types of parts. The more rigid the splits, the less aware a person tends to be of their rejected and blocked off EP’s.

One way to understand the effect of rigidity is to imagine a 3-dimensional pyramid. Each face of the pyramid represents one part of a person. At the bottom of the pyramid someone sees one part of themselves well and can maybe catch a glimpse of adjacent parts. The distance between parts is greatest at the bottom, so this person would be unaware of all of their parts.  The survivor who cannot see some of their parts may feel the most confusion, fragmentation and disconnection from self. As someone moves up toward the point of the pyramid, other parts become more easily accessible and understood. For those at the top of the pyramid, all sides are visible, representing the least rigidity, highest integration and greatest acceptance of trauma parts. 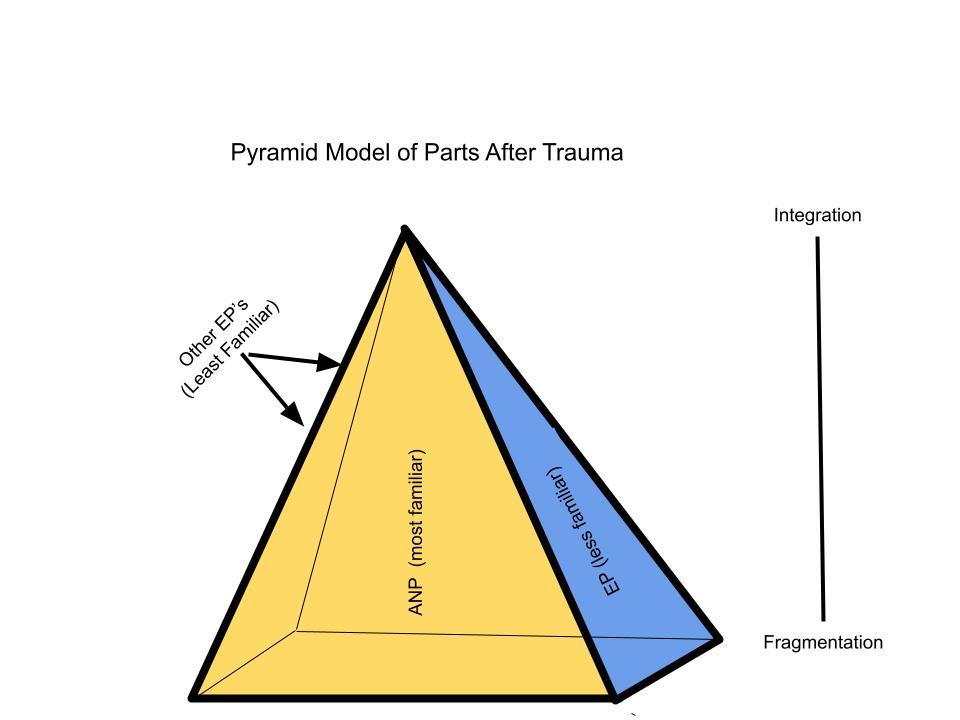 As he attempts to connect with others, Charlie appears less and less hypoaroused.  The memories stored in his EP's start to come back. But for Charlie, the re-integration happens too quickly; he becomes violent and suicidal. In therapy, a therapist can help a client ease into re-integration by helping them first build resources to withstand the fears around reconnecting with other parts.

Trauma leads to a fragmentation of the self, to dissociation. In my next article, I address the biological phenomenon of hypoarousal in survivors of trauma.

Chbosky, S. (2012). The Perks of Being a Wallflower. Summit Entertainment.