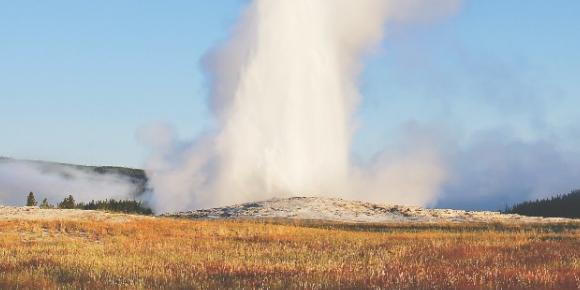 Photo by Emily Campbell on Unsplash

Editor's Note: This article discusses reactions to trauma and may be triggering for some readers. It also contains spoilers for the Harry Potter book series.

Toward the end of the Harry Potter book series, we discover that Harry’s nemesis, Lord Voldemort, split himself into seven parts to try to protect himself from vulnerability and death. In fact, a part of Lord Voldemort actually exists inside of Harry, manifesting in visions and dreams. As Harry gains awareness of Lord Voldemort's thoughts and feelings inside him, he becomes increasingly irritable and anxious (Rowling, 2007). This metaphor for adolescent emotional turmoil also nicely captures how Emotional Personalities or exiled parts hijack trauma survivors in dreams or at other vulnerable times.

A person with post traumatic stress functions as usual until a reminder, or trigger, challenges them. For some, being triggered means experiencing alterations or lowering of consciousness. In this case, an Emotional Personality (EP) who experienced hypo-arousal during trauma, resurfaces. Most of the time, though, dissociative hypoarousal presents in the Apparently Normal Personaity (ANP). To keep the overwhelming hyper-arousal Emotional Personality at bay, a person becomes increasingly numb and checked-out. A survivor with a numbed out Apparently Normal Personality may experience a biphasic response, characterized by periodic emotional hijacking of EP's, then returning to the low energy ANP. Over time, repeating cycles of ANP to EP biphasic response can lead to a deepening persistence of hypoarousal (Levine, 1997).

In a recent training for psychotherapists, Bessel Van Der Kolk (2021) reflected on his time working with Vietnam Veterans. He remarked that when he first worked with them, he assumed that his job would be to help veterans recover from memories of combat trauma. What he discovered, though, was that most of the veterans appeared immobilized and “dead” in their current lives. The only time they appeared to actually come alive occurred when they re-lived combat experiences -- the same ones van der Kolk assumed they wanted to recover from. In other words, they sought to have their EP's take over to "feel something."

Hyper-arousal experiences can create a rush that counteracts hypo-arousal. Many loved ones feel puzzled when trauma survivors either deliberately or unconsciously seek out thrilling or dangerous experiences to “feel alive.” Such experiences seem like attempts to break free from perpetual numbness. Unfortunately, these periods of excitement don't always last. Once survivors resume normal activity, their frozen state also returns.

Many survivors' mysterious, undesirable reactions and behaviors occur when parts act out. EP’s can manifest in rages, panic attacks, or freezing up that seems to come out of nowhere (van der Hart et al., 2006). Trauma survivors may feel that their trauma ego states are the worst of them, always trying to sabotage their progress. Naming the characteristics of parts and learning to recognize which one is in charge at a given time helps survivors initiate healing of trauma, with the eventual goal of reintegrating into a more cohesive whole.

When people learn language for dissociative experiences, they observe their parts. They can then learn to estimate the severity of dissociative hypoarousal, what triggered it, and ultimately gain a greater sense of control over their reaction. They learn which parts of themselves are “driving the bus” at a given time. They can recognize the emotional hijacking of one of their parts. They learn more about each parts' individual stories and motivations.  Naming, observing, and learning about dissociative experiences can deepen a trauma survivor’s understanding of themselves and how they respond in their world.

Often, when we talk about triggers, we think of external events that cause emotional hijacking. However, one of the most difficult challenges for trauma survivors is managing internal triggers.  One of the most painful, but unfortunately most common, of these is shame. In my next article, I discuss the surprising connection between shame and hypoarousal.