Dissociative Hypoarousal: Why People React To Trauma in Unexpected Ways

Dissociative Hypoarousal: Why People React To Trauma in Unexpected Ways 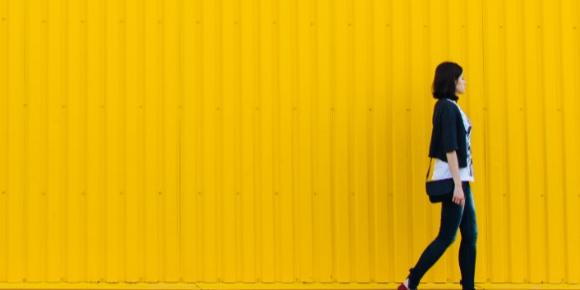 Photo by Rodion Kutsaev on Unsplash

Why do some responses to trauma defy our expectations?

A few years ago, I heard a podcast that described a community’s reaction to a violent sexual assault (Glass, 2016). Police officers and friends of the assault survivor, Marie, thought she was lying. Why? In part, because “she was emotionally detached.” One of Marie’s former foster parents, a sexual assault survivor herself, found Marie’s demeanor and behavior after the rape unsettling. She avoided eye contact. She did not want a hug. She did not shake, cry, and verbalize distress.

When the police interviewed her, Marie seemed unsure about some of the details of her assault. According to one of the officers, she did not “take a stand that she had been raped,”. Marie’s reaction confused many in her community, leading them to accuse her of lying about being raped. After repeated accusations of lying, Marie consciously turned off her emotions and acted like she didn’t care, raising the police’s suspicions further. The police went so far as to prosecute Marie for false reporting. Several years later, while investigating another rape, officers in another state discovered photographic evidence of Marie’s rape. They identified a serial rapist, Marie’s rapist. With irrefutable evidence, the community had to face the fact that their expectations of how a survivor “should” act were dead wrong.

When a sexual assault expert reviewed the police case, she called Marie’s reaction “cognitive separation,” an uncommon response to sexual assault due to shock.  The expert found that “cognitive separation” reactions were more common in those with a childhood history of sexual abuse. When I listened to the podcast and heard the descriptions, I realized that Marie reacted with dissociative hypoarousal.

Research indicates that people react to trauma in one of two ways (Lanius and Hooper, 2008). The majority (about 70%) react with emotional flooding, sometimes referred to as activation or hyper-arousal. These are the reactions we often expect when someone has experienced a trauma. They become agitated or angry, fearful or anxious. We can observe an increased nervous system response in their breath, flushed skin, shaking and sometimes tears.

The less frequent (about 30%) response, appears as an opposite. Individuals seem emotionless, pale and cool. They seem checked out, quiet and apathetic. As with Marie, people who react with dissociative hypoarousal may be misunderstood. Others may not see their flattened response as a trauma reaction because they expect an activated response. Because these victims seem paralyzed and unresponsive, others may perceive them as passive, deceitful or even unintelligent.

A trauma survivor in dissociative hypoarousal will seem shut down, lacking energy and appearing disconnected.  When the hypoarousal response engages, social interaction ceases (Porges, 2011). That is why many survivors in the hypoarousal defense will avoid eye contact and withdraw from others (Ogden & Fisher, 2015). Dissociative hypoarousal can produce problems with remembering aspects of traumatic events (van der Kolk, 2014). It tends to be a more common response for survivors who experienced trauma very early in life. All of these criteria fit with Marie's history.

Dissociative hypoarousal occurs involuntarily – it is a biological, nervous system reaction that the survivor cannot control. Nevertheless, many survivors are judged, blamed and disbelieved. Many feel angry at themselves too, not realizing that shutting down occurred involuntarily and for self-protection.

Dissociative hypoarousal is something that many people experience, but do not recognize. Even psychiatrists and psychologists often misunderstand it, due to lack of education and public health awareness (Loewenstein, 2018).  In his important work, Waking the Tiger: Healing Trauma, Peter Levine writes that the hypoarousal response:

“...is just as universal and basic to survival [as fight or flight]. For inexplicable reasons, this defense strategy is rarely given equal billing in texts on biology and psychology. Yet, it is an equally viable survival strategy in threatening situations. In many situations it is the best choice” (p. 95).

I  agree. The hypo-arousal response does not get discussed nearly as much as the hyper-arousal response. As a result, far fewer people understand it or the survivors who experience it. Trauma survivors have a wide range of excellent and helpful books to choose from to help them navigate their experiences. Unfortunately, the vast majority of these helpful books only briefly mention dissociative hypoarousal as a response.

In my next article, I discuss questions surrounding dissociative hypoarousal and mental health diagnoses.